Table of Contents ‘Pretty special’‘We’re so grateful’Made Just Right: About this seriesTimeline: 1990 ORMOND BEACH — It’s always tough to survive in the restaurant business, but the past few years have been filled with a series of formidable challenges for Frappes Italian Grille, a family-owned fixture on Granada Boulevard for more […]

ORMOND BEACH — It’s always tough to survive in the restaurant business, but the past few years have been filled with a series of formidable challenges for Frappes Italian Grille, a family-owned fixture on Granada Boulevard for more than two decades.

In 2018, self-taught chef Bobby Frappier, the restaurant’s namesake founder and creative force, died suddenly at age 70 after a brief battle with cancer.

Two years later, in 2020, the coronavirus pandemic ravaged the restaurant business and other hospitality industries just as Frappes was recovering from the loss of its leader.

Through it all, Frappes has survived.

“We’re fighters,” said owner Meryl Frappier, who is singularly devoted to sustaining the restaurant that she and her husband built from its roots as a South Daytona sandwich shop that opened in 1990.

“Keeping Bobby’s legacy alive is very important, not only for me, but for the whole Frappes family,” she said, seated at a table in the restaurant’s cozy, deserted dining room a few hours before opening for dinner on a recent afternoon. “We’re tight-knit; small, but mighty.”

Family is a word that surfaces often when talk turns to the secret to Frappes’ success.

“It’s like ‘Cheers,’ where everybody knows your name,” said Rick Webb, 75, of Ormond Beach. He and his wife, Janette, have been regulars for roughly two decades.

“They have been so consistent with the people who work there, and they are such good people,” Webb said. “There’s a family feel to it. They’re not just people who wait on us. They know us and they look forward to seeing us.”

Since Bobby Frappier’s death, the Webbs have developed a new routine, meeting friends David Pijot and his wife, Sandy, for dinner at the restaurant every Tuesday night without fail.

“Kelly, who waits on us, knows exactly what we drink and has the table set up with drinks when we get there,” he said. “The calamari is our favorite appetizer. It’s the best calamari I’ve ever had. I’ve never found any that I like any better.”

The family atmosphere created at well-run independently owned restaurants is something that isn’t easily duplicated by popular national chains, said Costa Magoulas, dean of the College of Hospitality and Culinary Management at Daytona State College.

“It’s not just customer service; they create these relationships,” Magoulas said. “They develop these associations with people through food and service, and it’s like family to them.

“With Bobby, it when you sat down to eat, it was like he was feeding his family and he passed it along to customers,” he said. “That’s pretty special.”

Many years ago, when he and his wife decided to take their infant daughter along for a dinner out, he recalls that Meryl Frappier cheerfully stepped in to keep the child occupied when she became fussy.

“I remember thinking, ‘What restaurant is going to do that?’” he said. “I thought, ‘Holy cow! That really made my day.’  That’s the kind of thing. They go above and beyond.”

Taking a break from dinner preparations, Frappier and executive chef Zachary Mims also describe a family connection between customers and co-workers on a 10-person staff that includes veterans with more than 20 years invested in the place.

“Coming to the restaurant is like being with my family,” Frappier said. “I love everyone I work with.”

Mims, 42, started at the restaurant five years ago, learning Bobby Frappier’s recipes and adopting his approach to the kitchen. A 25-year veteran of the restaurant business, he had just left a job in Denver to return to his hometown of Ormond Beach.

Mims and the restaurant’s sous chef Thomas Hutcheon have maintained the high standards that Bobby Frappier had established, Meryl said. Recipes for signature items such as her husband’s famous meatballs and marinara sauce are followed to the letter.

The kitchen is scented with the aroma of those meatballs as Frappier leads a visitor on a quick afternoon tour that includes a stop at the restaurant’s garden out back, overflowing with basil, rosemary, sage, chives, tomatoes and ghost peppers.

“Zach and Bobby formed their own relationship, their own bond,” she said. “It was a beautiful fit. Working in a kitchen is like dancing and they had their steps together.”

For Mims, the relationship that has been built among employees and customers at Frappes is unique among places he has worked.

“It’s family and friends,” he said. “It’s not a high intensity environment. Everyone here loves what they do. It’s a rare trait in a restaurant when you have everyone who cares about what they are doing.”

That family connection started when Meryl and Bobby met in 1980, she said.

She recalls the exact date when she met her future husband in a New York City club that was televising the second boxing match between Sugar Ray Leonard and Roberto Durán, the famous “No Más” bout on Nov. 25, 1980.

It was the beginning of a nearly 40-year bond.

By the late 1980s, the couple moved to South Florida, where they opened their first restaurant without any experience in the business. Bobby was working in real estate and Meryl was in the fashion industry.

In 1990, they moved to Volusia County, opening a hoagie shop across from City Hall in South Daytona. They moved to a new location on Beach Street for seven years before starting the ongoing run on Granada Boulevard in 1997.

The relationships fostered by the restaurant were tested during the pandemic, which Frappier, 64, approached with caution.

Frappes closed on March 17, before such restrictions were mandated statewide. Likewise, it has been slower to reopen than many other establishments, with the goal of protecting employees and customers.

Now, the restaurant is open for dinner only at 5 p.m. Tuesday-Saturday. Looking ahead to the fall, Frappier plans to relaunch the restaurant’s lunch service on Sept. 14.

On that same date, Frappes also will resume its monthly First Tuesday Wine Tastings, with the initial tasting pushed back a week due to the Labor Day holiday, she said.

In reaction to the recent uptick in COVID cases, Frappier will limit the size of that event to roughly two dozen patrons, about half the capacity that the event typically accommodates, she said.

Another popular event, the monthly cooking classes once presented by her husband, will resume on Sept. 25, with Mims at the helm. The restaurant also has been booked for its first Christmas holiday party, she said.

“It’s a very encouraging sign considering all that we’ve been through in this world that we’re still feeding people,” she said. “We’re so grateful to the community.”

As challenging as the pandemic has been, it pales next to the loss of her husband, Frappier said.

“That was the hardest,” she said. “Anything after that, I knew I would tackle. It will take more than something like this (the pandemic) to knock me down. I’m a pretty tough chick, with a really big heart and a lot of love.”

Made Just Right: About this series

The Daytona Beach News-Journal is spotlighting area businesses that have been around long enough to be an important part of our collective history. If you are the owner of a business that has been in operation for at least 25 years, or if you want to nominate a business for recognition, please contact reporter Jim Abbott at [email protected] Be sure to include your name, phone number and a little bit about the history of the business.

When Bobby and Meryl Frappier opened their first restaurant in 1990, here’s a snapshot of what else was happening in the world:

• The animated TV comedy “The Simpsons ” debuted on Fox.

• Soviet leader Mikhail Gorbachev was awarded the Nobel Peace Prize for his efforts to lessen Cold War tensions and reform his nation.

• It was revealed that pop duo Milli Vanilli lip-synched songs on their Grammy Award-winning album.

• Nelson Mandella was released from prison and becomes leader of the African National Congress.

• Demolition of the Berlin Wall began, as part of the reunification of West and East Germany.

11 Famous People Share What Their Families Made Them Buy

Fri Aug 6 , 2021
Illustration: by Maxime Gérin After Lucas Zwirner told us about the Swiss shampoo his art-dealing father, David, hooked multiple generations of Zwirners on, we wanted to know what sorts of other things dynastic lineages have taught relatives to buy again and again. A lot of our shopping habits develop this […] 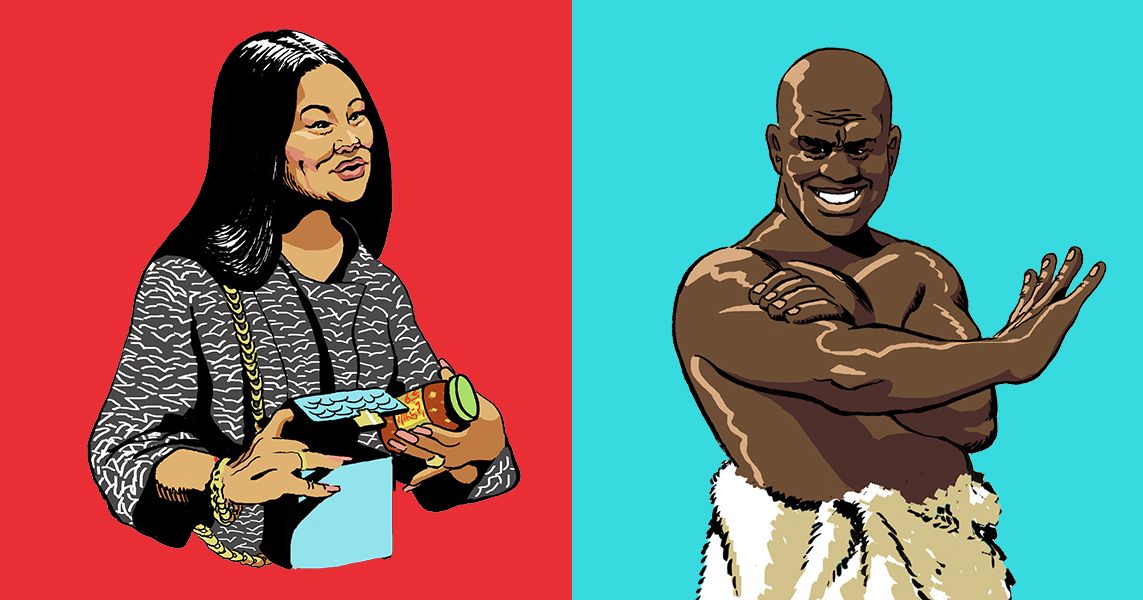