Table of Contents The CSPA ListTurkey Faces Scrutiny‘No US Base In Pakistan’Pakistan Sidelined By Biden? In a major setback to Pakistan and its close ally Turkey, the US caught has caught both the nations on the wrong foot, this time for violating the child soldier prevention norms. Has China Blocked […]

In a major setback to Pakistan and its close ally Turkey, the US caught has caught both the nations on the wrong foot, this time for violating the child soldier prevention norms.

Has China Blocked US’ Move To Set Up A Military Base In Pakistan?

The development assumes significance as it comes in the wake of Pakistan turning down a US proposal to set up a military base in the country to facilitate surveillance and combat operations against terror groups after the troop withdrawal from Afghanistan.

Along with its close ally Turkey, Pakistan and several other countries have been added to the US’ Child Soldiers Prevention Act (CSPA) list, which could invite fresh military sanctions on the Islamic country.

The move is expected to further strain the ties between Islamabad and Washington at a time when Prime Minister Khan is desperately waiting for a call from US President Joe Biden.

Biden has not spoken to Khan even once since he became President in January this year.

At €7.8B, Why Indian Rafale Jets Are ‘Double The Cost’ Than Egyptian Rafales?

Why Did Netizens ‘Mock’ Nigeria For Importing JF-17 Jets From Pakistan?

The US State Department’s annual Trafficking in Persons (TIP) report added Pakistan to its Child Soldiers Prevention Act (CSPA) list, which is expected to result in stringent sanctions on military assistance and participation in peacekeeping programs.

The countries which may have recruited or used child soldiers between April 1, 2020, and March 31, 2021, find themselves on the CSPA list. Any person under the age of 18 who directly takes part in hostilities as a member of governmental armed forces, police, or other security forces, is identified as a “child soldier” by the US State Department.

“Those [who are] compulsorily recruited into governmental armed forces, police or other security forces” are termed as child soldiers. Any person who serves as a “cook, porter, messenger, medic, guard or sex slave” is also identified as a child soldier.

Once a country figures in the CSPA list, its government is excluded from key US programs including international military education and training, foreign military financing, excess defense articles, and peacekeeping operations. It is also excluded from direct commercial sales of military equipment through licenses.

According to reports, beginning October 1, 2021, these curbs will be effective throughout the 2022 financial year.

Watch: The Ultimate Dogfight Between US & Russian Fighter Jets Over A ‘Top-Secret’ Air Base In Nevada

30 Times Faster Than Speed Of Sound: Is China Really Winning The Hypersonic Race With Its JF-22 Wind Tunnel?

Meanwhile, Pakistan’s Foreign Office stated that the country’s inclusion in the CSPA list is a result of a “factual error and lack of understanding”. It claimed that Pakistan has never supported any non-state entity recruiting child soldiers and reiterated its continued “efforts in fighting non-state armed groups including terrorist entities”.

Islamabad further maintained that the US did not provide any details on the criteria on which Pakistan was added to the list.

Pakistan’s close ally Turkey also expressed its dismay over the CSPA list. According to media reports, the Turkish Foreign Ministry criticized the move and stated that the country “makes every effort to prevent human trafficking, punish criminals and protect victims of crime.

It also stated that the country is a part of major global resolutions on the protection of rights of children and its ‘track record on the matter is spotless”.

The CSPA list comes at a time when the US relations with both Pakistan and Turkey are strained. NATO ally Turkey and the US had been at loggerheads with Ankara’s decision to acquire the Russian S-400 systems.

The US maintains that S-400’s advanced radar poses a threat to NATO defense systems and asks its allies to boycott the Russian missile system.

Despite objections from the US, Turkey had gone ahead with its acquisition of the Russian S-400 systems.

In July 2019, the first four S-400 batteries were delivered to Ankara by Russia. In retaliation, the US had excluded Turkey from its F-35 fighter jet program and curtailed the country’s military procurement through a sanction on export licenses.

Although Turkey has reportedly sent back Russian military experts helping it operate the S-400 system, the Turkish Foreign Minister stated “the S-400s will be under our 100% control. It is not possible to accept calls from another country to ‘not use’ them’,” reported The Moscow Times.

‘No US Base In Pakistan’

Last month, The EurAsian Times reported that Pakistan denied allowing the establishment of US bases in the country. The US military and the Central Intelligence Agency (CIA) were reportedly searching for a location outside Afghanistan to continue monitoring or launch counter-terrorism operations against Al Qaeda, ISIS or the Taliban even after the withdrawal of American troops from the war-ravaged country.

In an interview, Pakistan Prime Minister, Imran Khan said, “There is no way we are going to allow any bases, any sort of action from Pakistani territory into Afghanistan. Absolutely not”.

Writing for The Washington Post last month, Pakistan PM Imran Khan reiterated that the objectives of both Pakistan and the US in Afghanistan are the same – that of peace and not a civil war.

Khan said that in case Pakistan agrees to provide the US with military bases in the country, it may lead to a civil war in Afghanistan, which may result in Pakistan being targeted for revenge by terrorists.

The PM wrote, “We have already paid too heavy a price. Meanwhile, if the United States, with the most powerful military machine in history, couldn’t win the war from inside Afghanistan after 20 years, how would America do it from bases in our country?”

Pakistan had been an ally of the US in its war-on-terror in Afghanistan. Khan claimed that more than 70,000 Pakistanis have lost their lives in the wars in Afghanistan, and the country’s tourism sector and investment have been badly hit.

He also said that while the US gave $20 billion in aid to Pakistan, the economy of the country has suffered losses surpassing $150 billion.

Being a close ally of the US, Islamabad has also earned the wrath of the Tehreek-e-Taliban Pakistan and other militant groups, which continue their terrorist activities inside Pakistan.

While Pakistan may have paid a huge price in the US-led War-on-terror, the country has increasingly been sidelined by the US. In the last six months, PM Imran Khan has made repeated attempts to reach out to the Biden administration, especially with the completion of the impending US withdrawal from Afghanistan.

The EurAsian Times reported that Pakistan is seeking a “multi-domain cooperation” with the US, which stretches beyond Afghanistan.

Another report mentioned that President Biden ordered an “internal review” on charting the next steps of bilateral engagements with Pakistan. Biden’s predecessor Donald Trump had earlier canceled the security aid to Pakistan on grounds of ‘non-cooperation in the fight against terrorism”.

Adding to the discomfiture of Pakistan is the fact that PM Imran Khan remains the only leader in mainland South Asia, who has not yet been contacted by the US President since he assumed office in January this year. Biden has spoken to India’s PM Narendra Modi and Bangladesh PM Sheikh Hasina.

Watch: The Ultimate Dogfight Between US & Russian Fighter Jets Over A ‘Top-Secret’ Air Base In Nevada

Why India’s Ladakh Region Is Crucial For China’s Rise As An Economic Super-Power?

30 Times Faster Than Speed Of Sound: Is China Really Winning The Hypersonic Race With Its JF-22 Wind Tunnel?

Sun Jul 4 , 2021
Fox News contributor Harold Ford Jr. and Very first Rely on Advisors CIO Brian Wesbury examine the return to perform and how extensive it will choose the financial state to get better. Numerous restaurateurs are acquiring a difficult time obtaining personnel, in section, since a lot of of them are […] 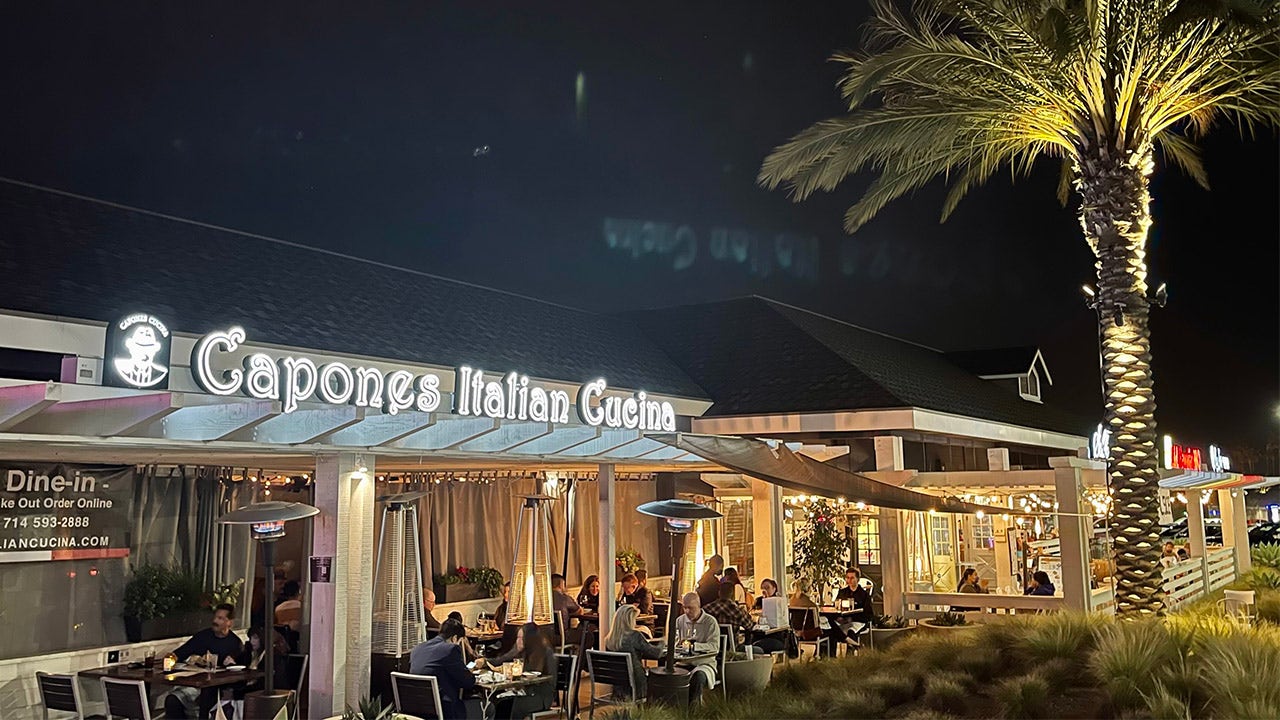