While the East Midlands will not dazzle you with Michelin stars, Northamptonshire, where I live, is a singularly Dark County. We have some terrific food producers and wonderful cooks, but not many restaurants that fulfil their promise, or last long if they do. Is it the traditionally thrifty chapel culture of the towns that grew with the expansion of shoemaking, or the monopolising of fine dining behind the walls of the many great estates here, or a road network connecting easily to fleshpots elsewhere? But then, suddenly, a glittering jewel in a surprising place – June Plum in Wellingborough.

The restaurant is in the town centre, on the street which would be Curry Mile, if it were a mile; more like Fenugreek Furlong. You might not notice it at first, between a Polish restaurant and an excellent Indian, but as you can tell from its name and the music playing inside, its origins are Caribbean (June plums are a bit like mangoes and loved by children – sweet, tangy and salted, when they come into season in the summer).

Strong, clean flavours that delight are delivered by its chef-patron, Jodi Jenny, who grew up in St Mary, Jamaica, the daughter and granddaughter of cooks. She trained in Miami, and then came to the UK and worked in restaurants around here, posh pub grub at first, but, as she grew in confidence, and in the esteem of her employers, Jamaican food appeared on the menu. Customers so enjoyed it she started Jamrock, a food van, which I first came across parked next to B&Q.

Wellingborough made sense because it has a relatively large population with Caribbean heritage, thanks to the Greater London Council’s policy of offering housing outside London to those on its lists in the 60s and 70s. The “overspill”, as it came to be known, was Wellingborough’s Windrush generation and with the arrival of families with origins in Jamaica, St Kitts, Grenada, Antigua and so on, came also an appetite for ackee and goat and plantain and saltfish and Scotch bonnet peppers. With the arrival of Jamrock those of Caribbean origin, like those from Asia a decade before, could connect with home. Jodi found premises in Cambridge Street and after five years or so rebranded Jamrock as June Plum, which caused me some anxious moments searching on Google for what I feared was another fine restaurant that had given up.

I sat at a table in the courtyard, as Covid restrictions obliged, with a button I could press to deliver bursts of warmth from the heater overhead, not unwelcome in this chilly May. I scanned the table code to download the menu on to my phone, and as I read, a bowl of complimentary boom shakka lakka popcorn arrived, salty and spicy and still warm, and my customary pint of Red Stripe lager (£4.20). Jodi, who I had not seen for months, came by, too, and we caught up. The restaurant had done a roaring takeaway trade in lockdown, to the immense gratitude of its regular customers, but she likes people, a full restaurant, sociable, community-centred (the reggae nights are very popular). “It’s good to be putting food on plates at last,” she said.

My starter, ordered from the vegan menu, was BraDap cauliflower (£5.95), al dente florets dredged in a sauce of Jodi’s own creation, a happy accident involving nearly burnt onions and molasses. It is rich and dark and treacly, sweet but with smoky depths, that complements the faintly bitter vegetable beautifully. Portions are substantial, which works just fine for me, but fainthearts may find one serving sufficient for two as a starter.

For my main course I ordered curry goat (£12.50), as good as any I have eaten, the meat tender, and unlike versions I have had in the Caribbean, deboned and degristled. It is marinaded generously in Jodi’s own curry sauce, which is dark and rich with heat and sweetness, and runny so it leaks into the steaming pile of rice and peas which comes on the side, the rice soft and almost sticky, the peas gently releasing their leguminous richness in the mouth. One of the adaptations to local palates is making the degree of heat optional. I like fiery, so I ordered some of Jodi’s own hot relish, Junkanoo Poison (£1.20) on the side, a mysterious pinkish creamy-looking concoction that looks like something you would put on a dessert rather than a curry, but it is deceptively powerful. In a concession to my five-a-day diet I ordered also a side of coleslaw (£3), excitingly purple thanks to one of its components, beetroot, but I could not eat it all so it was boxed up for me to take home.

Another couple arrived and were seated two tables away. He was a first timer, she knew her stuff, and had opinions about the correct texture of ackee, and how plantain is proper on one island, green banana on another. Jodi once told me that Caribbean expats are the hardest customers to please, each with their own island variation of a classic dish, and mothers and grandmothers who cooked it just so. Nostalgia is bespoke, and satisfying it an approximation, so rather than go for strict authenticity she has chosen instead to go for what pleases her, what pleases her growing number of loyal customers, and that’s why you see tortillas and quesadillas and burgers, and the best macaroni cheese I have ever tasted, on the menu, too.

From the short dessert menu I picked coconut cream pie (£6.95), an open pie of sweet pastry with a rich coconut filling, somewhere between the texture of cheesecake and fondant – not the slimmer’s option, and accompanied by whipped cream. It was all I could do to finish it, and again I would suggest that one pudding between two might be right for those of leaner appetites. I waddled away to the diminishing sound of what I think was Micah Shemaiah, past the Romanian café, the best Indian takeaway in town, and the wonderful supermarket, unmusically called Kaka, where we now can buy saltfish, shito sauce and Alphonso mangoes, in a town where not that long ago you’d be lucky to find an aubergine.

The Madness of Grief by Richard Coles is published by Orion at £16.99. Buy it from theguardianbookshop for £14.78. Jay Rayner returns next week

How to grill burgers: Recommendations and tips for the most effective patties ever

Thu Jun 17 , 2021
It is that time of yr — the sunlight is out, the temperature is warming up and you finally have a purpose to break out the grill in your yard. While there are so numerous fantastic dishes to prepare dinner on the grill, number of points conquer a yard burger. […] 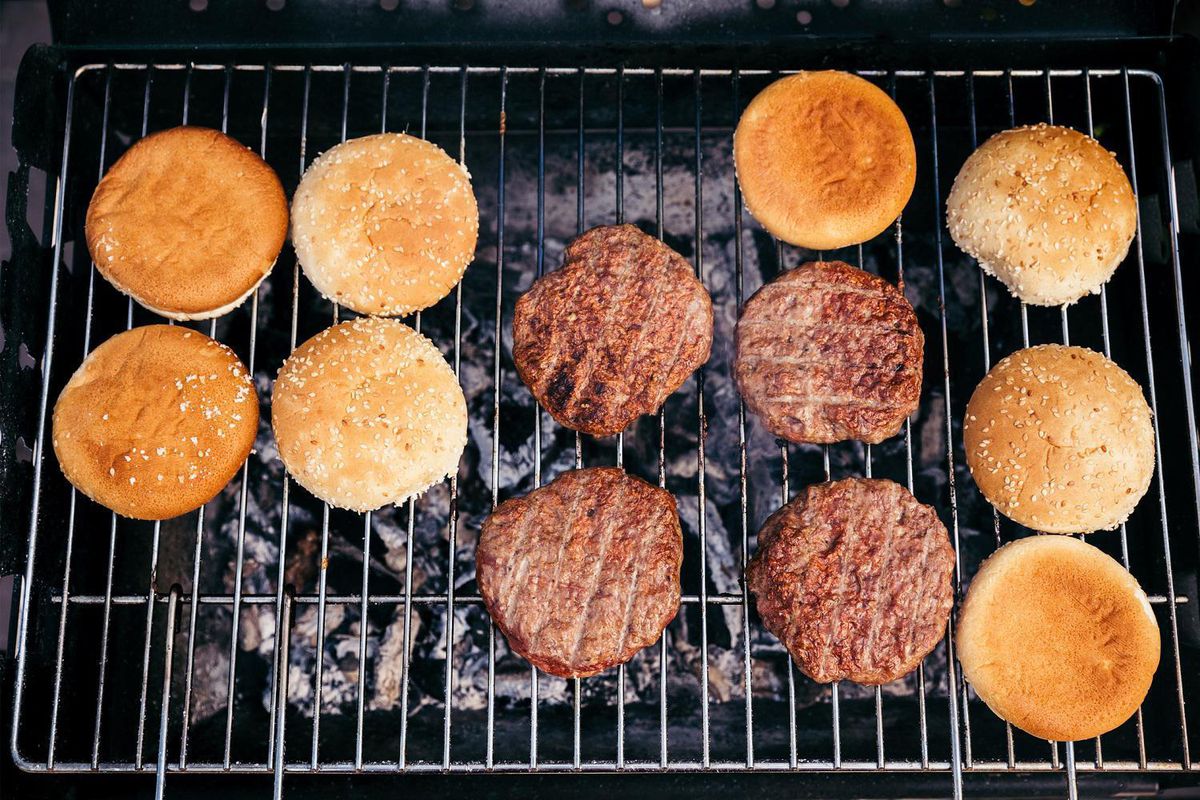