Table of Contents “Everybody is hiring at the same exact time”Higher costs for diners? CBS MONEYWATCH It’s been a brutal year for restaurants, with the sector shedding almost 6 million jobs during the first six weeks of the pandemic alone. But with COVID-19 cases easing as the U.S. vaccine rollout continues […]


It’s been a brutal year for restaurants, with the sector shedding almost 6 million jobs during the first six weeks of the pandemic alone. But with COVID-19 cases easing as the U.S. vaccine rollout continues and many states reopening, eateries are facing a new challenge: Filling open positions.

More than half of hospitality businesses said they will need to hire workers in the next six months, according to a Census poll this month. Yet almost 40% of restaurant companies said they’re having trouble finding servers, cooks and other workers. That compares with about 5% of finance and insurance businesses, where workers are more likely to be able to work remotely.

The labor shortage threatens to hamper restaurants just as many are reopening or expanding after more than a year of grappling with the business impact of COVID-19. The obstacles to hiring include ongoing worker concerns about exposure to the virus as well as restaurant employees with children who have been forced to oversee their remote schooling. Restaurants are responding by dangling hiring and retention bonuses and new benefits.

“Everybody is hiring at the same exact time”

“Every businesses got a couple of weeks of lead time saying, ‘OK, now you can reopen,’ following a year of closures and project delays,” said Alice Cheng, CEO of Culinary Agents, which runs a job site for restaurants. “Everybody is hiring at the same exact time. That’s causing supply and demand issues right off the board.”

Workers are looking at job postings, but not necessarily clicking or following through, she added.

Restaurant owners who spoke to CBS MoneyWatch expressed surprise at the number of job candidates who are setting up interviews but fail to show up. Laurence Edelman of Left Bank in New York City said that out of five scheduled interviews, only one candidate appeared for the appointment. He wants to hire three workers — a cook, sous chef and dishwasher — to give his current staff a break, since they’re working six days a week.

“It’s really tough right now,” Edelman said. “We put out a Craig’s List ad, which is what we normally did in the past. Usually the response rate is like at least 80% better than what we are getting today.”

In Salina, Kansas, Hickory Hut Barbecue co-owner Tim Blake is worried because he needs to staff up to keep up with increasing customer demand while giving his current employees a break. He’s paying far above the state’s minimum wage of $7.25 an hour and providing quarterly bonuses to his staff to keep them satisfied. But that only goes so far, he said.

“At some point, money doesn’t matter — they want time,” said Blake, noting that he’s been searching for new hires since February. “They are burned out.”

Like Edelman, Blake is having to cope with people who schedule interviews but don’t show up — he estimates that 9 of 10 job seekers are no-shows. His theory: Because people need to show state unemployment offices that they are looking for work, they schedule interviews and take screen shots to show jobless benefit administrators. But he suspects they aren’t turning up for the interviews because some might be deciding it is more appealing to claim the extra $300 a week in jobless aid that will continue through early September.

Blake, who describes himself as politically moderate, said he agreed with much of the relief aid passed by Congress. But, he added, the five-month extension of extra jobless aid “has been the dagger.”

“It has hurt my business,” he said. “We are looking down the barrel at the busiest summer we ever had, and I feel like [Washington] D.C. is against us.”

Blake said higher wages and costs for things like meat for his barbecue has prompted him to raise prices twice since the start of 2021. He said customers haven’t yet complained, but he worries about maintaining his restaurant’s reputation as an affordable spot for a family meal. (A local favorite is the rib dinner for $17.99, which includes two sides and a soda.)

The bottleneck in hiring might cause problems for both restaurants and customers as the nation continues to reopen. With millions of Americans flush with savings and cash after three rounds of stimulus checks, economists believe there’s pent-up consumer demand that will fuel robust spending this summer.

Restaurants and other industries that are hiring might not see relief until later this year, according to Bank of America economist Joseph Song. He estimates that 4.6 million workers are currently missing from the labor force because of coronavirus-related issues, but that 2.5 million might return to the job market by the fall. Other workers might not return, having retired or lacking the appropriate skills, his analysis found.

Some restaurants are dangling incentives like paying people to show up for interviews, or paying bonuses for staying in a job for a month or two. One McDonald’s in Florida is paying $50 for people who appear for job interviews, according to Business Insider.

But safety may still be top of mind for many workers, especially in jobs that involve one-on-one contact with the public. One restaurant worker told CBS MoneyWatch last month that while unemployment aid didn’t match what she made before she was furloughed last year, she was wary about returning to restaurant work given that neither she nor her mother were vaccinated at that point.

The extra jobless aid may be simply giving workers the opportunity to pick and choose where they want to work, Cheng of Culinary Agents said.

“They want to find good opportunities that fit into their priorities and pay a living wage,” she said. “People are looking but perhaps their priorities have changed — they are approaching the job search differently.”

She added, “The sense of urgency is misaligned right now. It’s causing franticness among business owners — they are excited to have these jobs, and the workers are taking their time.”

Sat Aug 21 , 2021
Every single now and then, you come across a small hidden gem that you should really have regarded about currently. That is what happened a few of months back when a close friend invited me to a birthday celebration at Urbana Farmstead in the Landmark local community south of Minimal […] 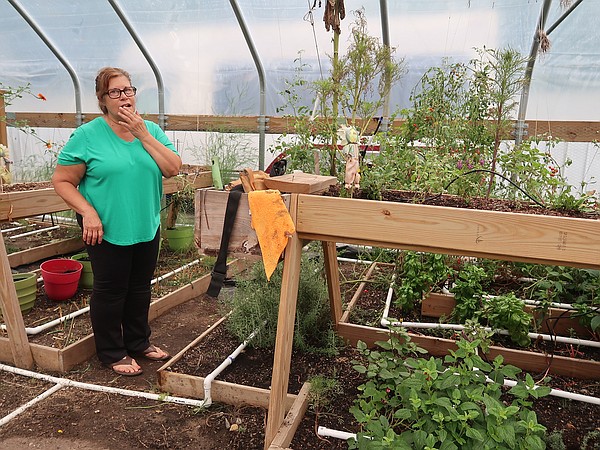