Back in neanderthal days, the average life expectancy was only about 30, and that’s probably because primitive people never knew exactly when their food was fully cooked and died of all sorts of foodborne illnesses, according to research we made up for this article. Nowadays, we have the luxury of […]

Back in neanderthal days, the average life expectancy was only about 30, and that’s probably because primitive people never knew exactly when their food was fully cooked and died of all sorts of foodborne illnesses, according to research we made up for this article. Nowadays, we have the luxury of meat thermometers, which are the most accurate—and thus safest—way to determine when your beef, chicken, fish, or shellfish is ready to eat (and also not overdone). Here is your ultimate meat and fish cooking temperature guide.

Clams, mussels, and oysters are all bivalve mollusks, and thus they all need to be cooked to the same internal temperature. Chefs will tell you to look at the amount of steam escaping from the pot or to look for the shells to open (the latter is the FDA recommendation), but the only way to truly make sure your mollusks are safe is getting an internal temperature reading of 145°F.

Taking a crab’s temperature can be tricky—and not just because they’re crabby. (Hardy har har.) The best place to check is at the base of the claw at the joint, and you’re going to want a reading of 145°F.

Generally, the rule is: when the whites turn white and yolks no longer run, your eggs are done. This isn’t an exact science, though, and it’s especially tricky if you add cheese or are cooking sunny-side-up eggs. Instead, stick a thermometer in the middle; the eggs are done when they reach 160°F.

Apologies in advance to folks who like their burgers on the rarer side; the safest internal temperature for ground beef is at least 160°F, which is considered medium or medium-well. For folks who prefer well-done burgers: you’re in the clear! Just show some respect for the beef and don’t burn it to a crisp.

Chefs will tell you to aim for an internal temperature of 130-135°F when cooking halibut. That’s considered medium, so it’s worth mentioning that the FDA actually recommends 145°F, or when the “flesh is opaque and separates easily with a fork.”

Mary had a little lamb, and she cooked it until it reached an internal temperature of 145°F because Mary follows the FDA recommendations. Mary also prefers her lamb medium-well, so the 145°F range is the perfect spot for her chops. (Mutton is 145°F, too!)

The safe temperature for lobster is 145°F when the flesh becomes pearly and opaque. On the other hand, chefs will tell you that the sweet spot is 135-140°F. If you’re being cautious, aim for 145 F on the dot, as the flesh will quickly get chewy if overcooked.

Whether you enjoy pork chops, pork tenderloin, or pork ribs, the internal temperature to aim for is 145°F. One of the only exceptions is if you’re making pulled pork; you’ll want to let the meat get extra tender, so aim for about 180-190°F to get that fall-apart effect.

Most people agree that wild salmon tastes best at 120°F and Atlantic salmon at 125°F, but the USDA and FDA both recommend 145°F as the safe temperature for salmon. For reference, 120-125°F is medium-rare and 145°F is close to well done. You can split the difference, but proceed with caution!

Sausage requires a higher internal temperature than the meat it’s made of. Beef and pork can both be cooked to 145°F and be safe, but in sausage form, you’ll want to heat them to 160°F. If it’s chicken sausage, go with 165°F.

Scallops are also mollusks, so like clams, mussels, and oysters, they must also be cooked to an internal temperature of 145°F. The difference is that scallops aren’t cooked in their shells, so you can’t use the shell opening as an indicator, making your meat thermometer quite handy. You can also go by the flesh, which should be firm and look milky white or opaque.

Surprisingly, the FDA doesn’t have a recommended internal temperature for shrimp. Instead, they simply say to cook it until the flesh is pearly and opaque, which occurs at about 120°F. The USDA, on the other hand, recommends 145°F.

Ground beef and steak have their own rules elsewhere in this list, but if you’re cooking brisket or ribs, you’ll want a much higher temperature. For the former, aim for 195°F, and for the latter, strive for the very specific temperature of 203°F (but 200-205°F will do).

The safest way to cook a steak is getting it up to 145°F, which is considered medium. That works for us, but if you prefer your steak differently, rare is 125°F, medium rare is 135°F, and medium-well is 150°F. Please don’t cook your steak well done.

For tuna steaks, the recommended temperature is 145°F, however, some chefs will aim for about 140°F to make sure the fish isn’t overcooked. Want to hit 145°F without drying out your tuna? When using the grill, try cooking the fish wrapped in tin foil. You can even add lemons, onions, or veggies at the same time—just nestle them under the steak and top with your marinade or sauce of choice before wrapping the whole thing up.

Whether it’s a chop, joint, or steak, the safe temperature for veal is 145°F, which is considered medium-rare. If you don’t have a thermometer handy, give the meat a careful poke with your finger while it’s cooking. If it bounces back quickly, it needs more time.

A lot of meat thermometers come with suggested temperatures for beef, pork, and chicken printed right on them. They probably don’t include venison though! The safe temperature for venison is 145°F (160°F for ground venison), although most chefs will suggest 130-140°F.

In case you happen to bag a wild boar, you should know that the recommended internal temperature is 180°F. Try to keep it at 180°F for about an hour, which will break down the collagen and give you fork-tender meat.

Thu Aug 19 , 2021
Larry and Roxane Maggio ended up planning their ultimate catering orders last week at Ludovico’s, their deli in downtown Haddonfield. Now, following 10 a long time, they have closed — “and not because small business is poor,” Roxane Maggio claimed. “We just can’t discover any one to operate,” she said. […] 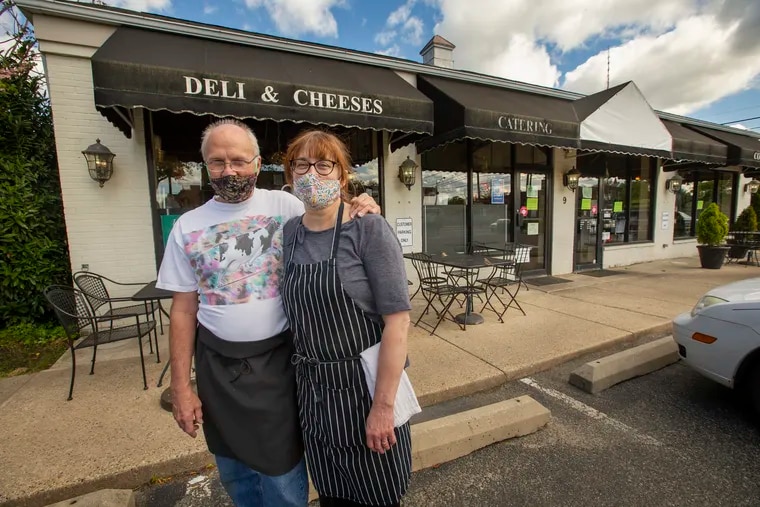